The 2010 PiFan banner, plastered all over the city of Puchon.

The 14th Puchon International Fantastic Film Festival (known perhaps more widely and affectionately as PiFan) was the host of our film’s Asian premiere a couple of weeks ago. I was fortunate to attend PiFan for the first time in 2003. It was the world premiere of my very first film, and I always hoped I’d be invited again–partly for nostalgic reasons, but primarily because (as every filmmaker who ever showed up there will tell you) it’s one of the most all-out fun, well-run and superbly programmed film festivals anywhere in the world. Period. And this year was no exception. It totally felt like putting on an old pair of shoes, or riding a bike for the first time in seven years (I actually never learned to ride a bike, but that’s another story entirely…) More than a film festival, PiFan is an experience. Puchon is located a stone’s throw away from the heart of Seoul; and while it’s nowhere near as exciting as the Republic of Korea’s capital city on a normal day, it literally springs to life every year in July, with tens of thousands of avid filmgoers flocking to the multiplexes to catch previews of the world’s hottest genre films.

Robert and I on opening night (jetlagged and--in retrospect--perhaps too casually dressed for a red carpet event).

Why am I saying that..? Here's the reverse angle.

To say that volunteers are at the core of any festival’s success is an understatement when it comes to PiFan. Its army of 290 uniformed volunteers is, by far, the most dedicated and enthusiastic I’ve ever seen. It’s literally impossible to walk anywhere in the city without bumping into several of them. You’ll often find them at their desk after hours, sometimes asleep after a long day of work, but always ready and willing to help, and always smiling. PiFan volunteers: you ROCK!

The Great Wall of Volunteers, guarding the Korean stars from rabid fans and stalkers (I don't think that documentary filmmakers like ourselves had anything to worry about).

Then, there are the parties, with plenty of traditional Korean food (including endless variations on kimchi) and drinks (like soju and makgeolli, which apparently can be made from rice or potatoes). Yes, dog can be eaten there, and I hear it’s a real delicacy, but I just didn’t have the heart to try. Robert (our vegetarian producer) gives me enough s**t as it is when I eat bacon in front of him, so dog would be off the charts, I think! But I digress. Anyway, after the parties, well, that’s when the fun really begins. There’s karaoke every night until 4 or 5am with the programming team, and an unlimited supply of beer and soju. Let’s just say it gets a little crazy.

And then… then, there’s the programming! As a huge fan of horror, sci-fi and fantasy, I think I watched more movies at PiFan than at any of the other festivals I attended this year. Personal highlights included MONSTERS by Gareth Edwards (UK’s response to DISTRICT 9 and CLOVERFIELD, and an incredibly clever low-budget suspense thriller with stunning special effects and a well-developed love story), THE COLLECTOR (which was released in the US last year under the radar, but made a tremendous impression on me–that ambulance shot is worth the price of admission), and Gaspar Noé’s latest shocker ENTER THE VOID (not enjoyable to watch, but a visual tour de force). It was also a great privilege to have the opportunity to watch four restored Korean kung-fu films from the seventies by genre master Lee Doo-Young, who made more than 60 features during his prolific career, and actually showed up unannounced at one of the screenings. If you like kung-fu movies, even just a little, I beg you to pressure the Korean Film Archive to release those films on DVD. I really haven’t seen anything remotely like them anywhere. They’re a perfect blend of seventies cheese, Spaghetti Western sentimentality (complete with Ennio Morricone-style music), really fun action scenes, far-fetched smash cuts, and laugh-out-loud foley work. And I mean this with all the profound affection I quickly developed for those movies and their filmmaker in just a few days. But then again, that’s exactly the type of retrospective I was hoping to find this year at PiFan–seven years ago, I was introduced to the Shaw Brothers films, particularly the GOLDEN SWALLOW and ONE-ARMED SWORDSMAN series, which are now available on DVD, and which I’d recommend without hesitation. 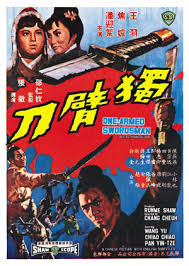 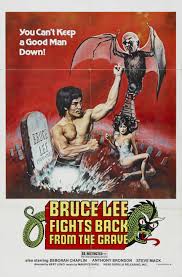 ... and so did Lee Doo-Young this year. I mean, come on, Bruce Lee Fights Back from the Grave!! Does it get any better than this?

It was, of course, a thrill to watch our film with Korean subtitles; and the experience turned out to be quite similar to that of previous film festivals for PvG: packed screenings, plenty of laughter, and enthusiastic, lengthy Q&As–even a couple of lightsabers in the house! And just like everywhere we’ve been to date, several fans in the audience had been following our film’s progress since 2007. It’s such a thrill and a privilege to fly halfway around the world to bring them the film, and get to discuss it with them afterward.

At the Gundam exhibit before our first screening.

What was that question, Robert? He didn't really ask me to talk about the Expanded Universe, did he..?

Of course, we have many more exciting plans up our sleeve–most of which, unfortunately, we can’t announce just yet. Next on our agenda: an event screening at Wizard World’s Chicago Comic-Con (complete with a George Lucas look-alike contest and video ‘therapy booth’), a special private screening in California (which I’ll tell you all about in my next blog entry), a French premiere in Strasbourg (where I will also be on the jury), and our Spanish premiere at the famed Sitges Film Festival, leading to another series of premiere screenings I’m not at liberty to mention. Distribution plans are also taking shape in a number of territories, and you’ll be the first to know when we’re ready to make official announcements.

Our film's title, written in Korean (so we're told).

And that’s the scoop from PiFan. I’ll write again after our Chicago screening. Hope to see many of you there!