Star Wars is a space opera, and on a scale of literary genius, it kind of falls short. I’m not knocking it; it’s just not exactly Gone With the Wind. However, that doesn’t mean it’s not without merit. Star Wars has several examples the studious observer can learn from. Well, maybe some of them are a bit obvious, but still, they’re lessons worth learning. 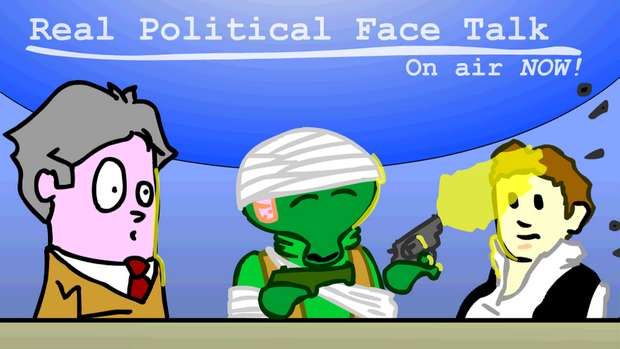 Don’t Judge a Book by Its Cover

Star Wars is full of people who are not what they seem. Old Ben Kenobi turns out to not just be related to Obi Wan Kenobi, but is in fact the famous Jedi Master. Though he does kind of die like an old man. Han Solo, who DEFINITELY shot first, is really a space pirate and doesn’t hesitate to shoot his way out of a jam. But he ends up being a major hero of the rebellion. Even Darth Vader redeems himself at the end. People aren’t always what they seem at first glance.

The Empire had all the cool toys: AT-ATs, landspeeders, a small moon that wasn’t really a moon and could destroy entire planets, Darth Vader (yeah, when you’re more machine than man, you’re a toy), and those chicken walker things too. And what happens? The rebels (who did have the admittedly cool X-Wing fighters but not much else) took them down. Oh, and they were helped by primitive teddy bears. Sometimes determination can overcome a lot of obstacles.

People who bring you gifts without warning are often duplicitous. Jabba thought he was getting a Wookie from a bounty hunter, and oops, the bounty hunter turned out to be Leia in disguise. Luke was kissing Leia, and it turned out to be his sister. Be careful of new people in your life. Sometimes they aren’t what they seem. Especially women, judging by Star Wars. Maybe George has a nerdy fear of girls.

Sometimes, All You Need is Faith

Faith in the Force is a big help to Luke. It’s how he destroyed the Death Star. It saved his ass in the Wampa cave. And it helped him defeat the Empire. Plus, his faith in his father saved him too. While I’m not advocating a religious faith, sometimes you just need to trust that things will work out in the end.

Those are just a few of the things I’ve learned from Star Wars. There are other lessons too, like how easy it is to control weak minded people, but that’s a little beyond the scope of this article. Tell us the life lessons you’ve learned from Star Wars in the comments, or post it to our Facebook page. Maybe you learned something we totally missed.

**UPDATE: Thanks to all of our friends for pointing out the Rebels DO NOT have TIE Fighters, they in fact have X-Wings.