Before our upcoming PvG World Tour, Part II (which will take us to Strasbourg, Barcelona, San Diego, Edmonton, Hawaii, San Francisco, Rome, Leeds, Copenhagen, Montreal, Taipei, and Stockholm)–and principal photography for our next documentary (to start next week in Germany, France, The Netherlands, Ireland, Spain, and the UK)–we just wrapped a very special mini-tour that we won’t soon forget. First stop: Emeryville, CA. 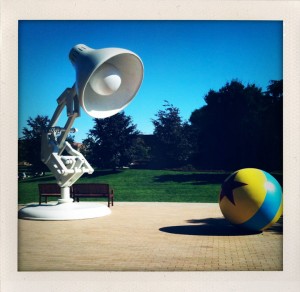 A giant Luxo stands vigil outside the main entrance at Pixar Animation Studios.

When Dave Mullins (Directing Animator, UP) emailed to let me know that the Pixar team had watched our trailers and wanted to see our film, that was pretty much all the convincing we needed to whip out a brand-new HDCAM master, hop in the car, and drive to the Bay Area. I had already had the privilege of touring Pixar Studios a few years ago on a Sunday; but seeing the place buzzing with the energy of their 1,200 employees (yes, we even saw John Lasseter) was quite a different experience. 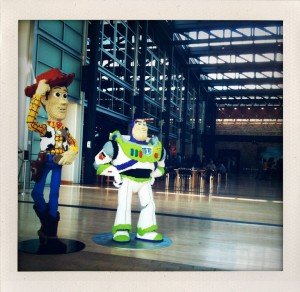 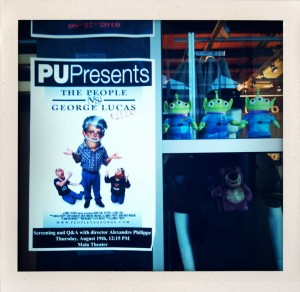 PU stands for Pixar University, by the way.

What’s even cooler than hanging out at Pixar..? Seeing our poster plastered all over the place, that’s what! There was a definite feeling of anticipation, and I suppose they were looking forward to the screening as much as we were. The lovely Michelle Radcliffe (who’s in charge of programming the PU screenings) and Dave Mullins told us when we entered the building that they were in the midst of a big production emergency, and we feared for a little while that only a handful of Pixar employees would be off the hook and allowed to watch our film. 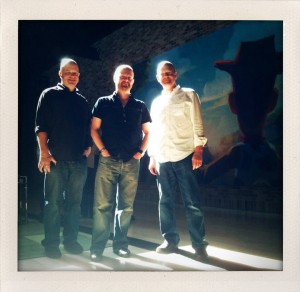 Shiny Happy People (the Hegel Brothers and I outside the entrance to the Pixar theater). 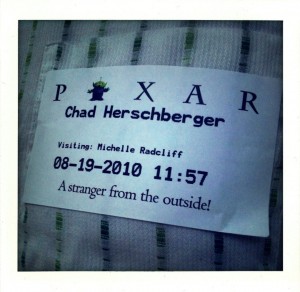 The tag says it all.

Emergency or not, approximately 150 people showed up (many of them had worked for Lucasfilm in the past), and they stuck around for an engaging Q&A (I think we may have asked as many questions as they did). The screening, by the way, was probably the best looking and sounding we’ve ever had–at least comparable to the AFI Silver Theater in Silver Spring, MD and Dreamworks Animation Studios, which were both technically flawless. 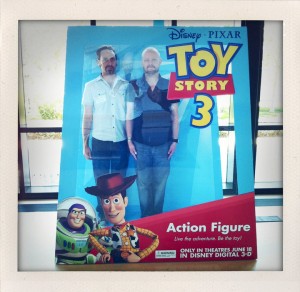 The Exhibit A action pack. Limited Edition. AFA graded U90. 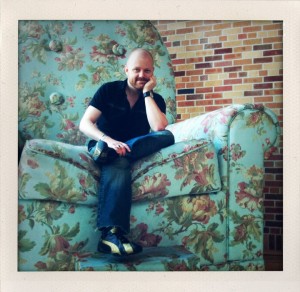 We had to leave around mid-afternoon to catch a red-eye flight to Chicago; but before we did, Michelle graciously gave each one of us a goodie bag (as if screening our film at Pixar wasn’t enough of a treat). Included in mine: a gorgeous book on 20 years of animation at Pixar, and a strawberry-scented stuffed Lotso Bear, which I secretly hug when no one’s watching.