George Lucas has all of the merchandising rights for star Wars, and he pimps that license out like a dedicated street hustler, with little regard for anything other than profit. You can get almost anything with Star Wars on it. They even make Lightsaber Chopsticks. Perfect for when your sushi isn’t small enough, but makes the actual task of eating difficult. However, for every idea like chopsticks, someone comes up with something really inspired. 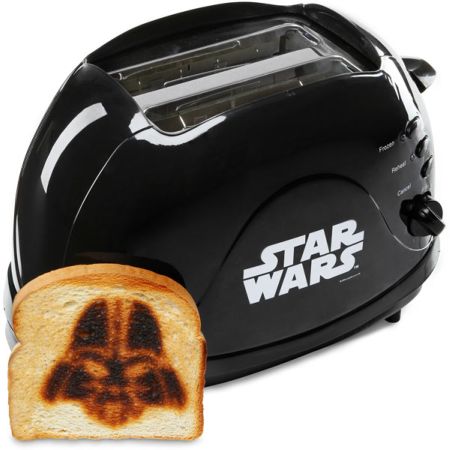 It’s a toaster that chars the likeness of Darth Vader on your toast. This is just brilliant. Think of all the wonderful jokes you can make at breakfast! “I find your lack of butter disturbing.” Or “We would be honored if you would join us. For breakfast.” 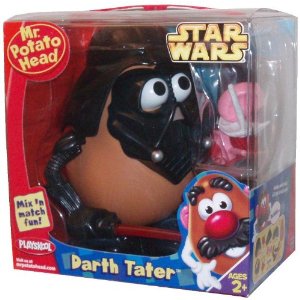 This is amazing. Hey, let’s take a beloved children’s potato toy and make him resemble a genocidal super villain! Yes, Darth Vader is one of the coolest bad guys out there, but he’s also really, really evil. This is kind of like making a Mr. Potato Hitler if you think about it. 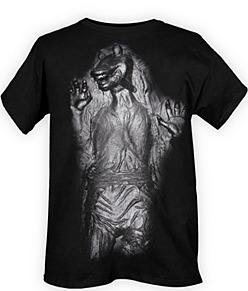 Finally, a way to shut that thing up! Somehow I doubt Leia and Luke would have gone to such extreme measures to rescue Jar Jar. I wouldn’t rescue him at all. 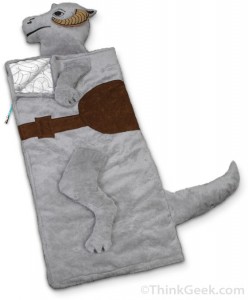 Originally an April fools joke by ThinkGeek, fan clamor quickly brought this farce to life. It’s amazing no one thought of it before. But every time I got in it, I’d have to comment on the smell. 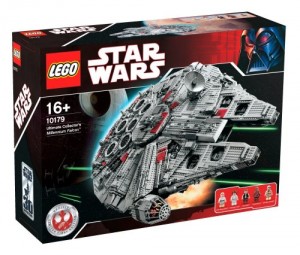 So those are my favorite Star Wars collectibles. I’m sure most of you have your own.