Let’s start by being perfectly clear on one point: There are a LOT of fan made videos related to Star Wars online. There are probably more Star Wars videos on Youtube than cat videos. There are even Star Wars cat videos. Seriously. But after much thought, we decided to start with the Red Letter Media reviews of the prequels.

Maybe not a lot of thought. It was actually a pretty easy choice, because they are, without a doubt, some of the funniest videos on the internet, much less Star Wars related videos. I laughed so hard, pizza shot out of my nose. Do you know how hard you have to be laughing for a piece of pepperoni to come out of your nose?

A lot harder than with milk.

Before I descend into some sort of fanboy rave of Mr. Plinkett’s reviews, there are a few things worth mentioning. One, these reviews are not short. The first is close to 60 minutes, and the second and third are well over 90 minutes each. This is not a simple undertaking. Also, Mr. Plinkett is more than willing to use strong language, frequently, so those with sensitive ears may want to watch a Spongebob marathon instead. You have been warned. 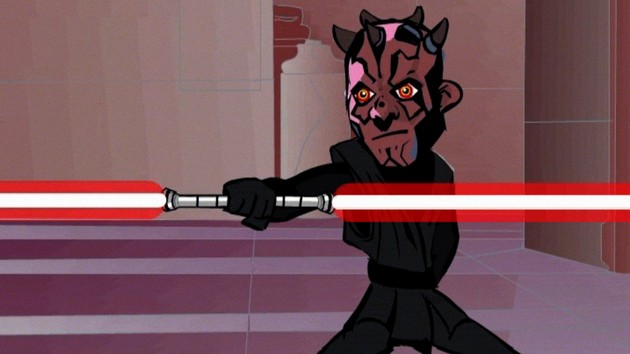 Now for the raving. These reviews are brilliant. Mr. Plinkett, the reviewer of the video, makes numerous, excellent points with a fantastic sense of humor. Humor based on both brilliantly sardonic observations, as well as some crazy random weirdness. The second review has a subplot (yeah, a review with a subplot!) that involves clips of some woman he has in his basement whom he eventually plans to drop off downtown in several garbage bags. Yes, it’s a little twisted. Yes, it seems completely off topic. But he does manage to somehow tie it into Star Wars, even if loosely.

Aside from the humor, which never stops, Mr. Plinkett also points out some details of the prequels that even diehard fans might miss. And the things he draws attention to are all valid points. He has an unerring knack for picking out every plot hole, of which I never realized there were so many and I bet you didn’t either. And though the reviews are almost comically long, every minute of them is necessary. Not once in the four hours I spent watching them all did I ever grow bored. In fact, I had initially only meant to watch one, but it was so good, I ended up watching them all in one sitting.

His understanding of the things that make Star Wars work is amazing as well. For example, he explains very clearly why Yoda was misrepresented completely in the prequels, and how his diminutive shape in the originals was actually a lesson about the Force for both Luke and the viewers. I never thought about it the way he did, and I doubt that even George Lucas did, but his reasoning is perfect, and I immediately realized he was 100% correct.

What do you think of Red Letter Media?